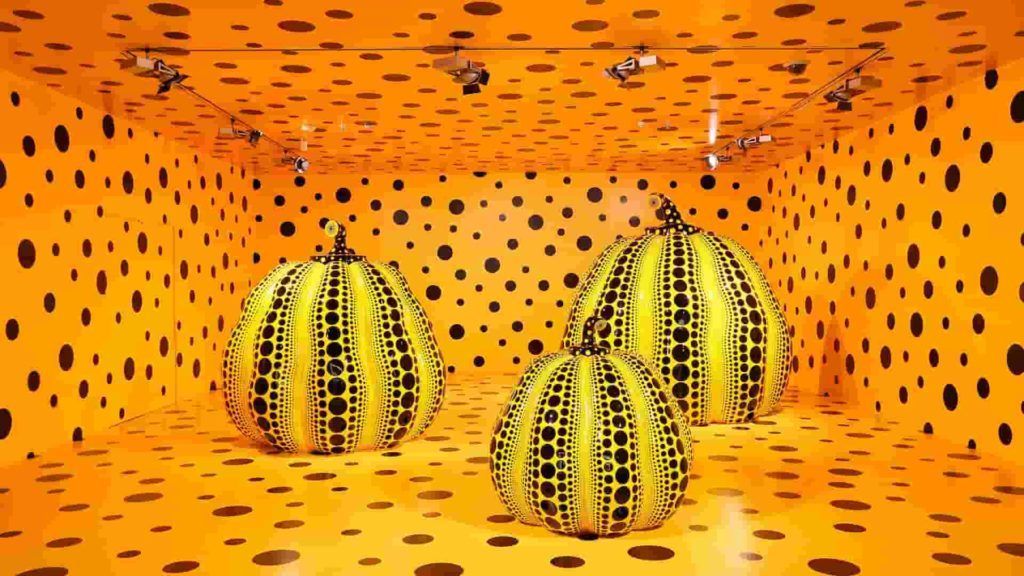 The world of art, as in other areas of culture, has been dominated by men. To this day this current is changing, appearing on stage women artists very recognized. In order to be able to acclaim these artists, as well as being able to explain a little about their career, we would like to present six of the most influential women in contemporary art.

Esther Ferrer is a pioneer in the use of performance art, she is one of the most acclaimed and important artists in our country. His career in art began in the mid-60s. During the dictatorship that shook Spain, Esther along with Walter Marchetti, Ramón Barce and Juan Hidalgo formed a performance group called “ZAJ”. With this initiative, the artists performed radical and novel performances for the time, all of them revolving around the movement of minimalism as well as conceptual art.

Facing the awards that this artist holds, we can emphasize that in 1999 she was one of the two artists who represented Spain at the Venice Biennale, in 2008 she was awarded the National Prize for Plastic Arts, as well as in 2014 with the Prize MAV (Women in Visual Arts), the Marie Claire Award for L’Art Contemporain and the Velázquez Plastic Arts Award.

Finally, in 2017, the Reina Sofía National Art Center Museum dedicated an exhibition that reviewed his career.

Cristina Iglesias belongs to the generation of artists that transformed the concept of sculpture in the field of installations. Since the 1980s her works reflect variety, just as the artist plays with different materials such as concrete, resin, iron, glass to give that aesthetic difference to her works, together with different techniques (bas-relief, tapestry or silkscreen in large format, on silk and copper).

These details reveal the artist’s interest in space and the use of space, as well as in architecture. The application of these textures and the materials, have been two constants that can be appreciated in all his work. An example can be the extension made in the Prado Museum, carried out by Cristina Iglesias, who was the author of the iconic bronze doors that are now in the museum. Cristina is one of the most renowned sculptors, as well as has a great career as a recorder.

Finally, she was awarded the National Prize for Plastic Arts, in 2015 she received the Gold Medal for Merit in the Fine Arts (awarded by the Ministry of Culture and Sports), as well as the last prize she has won is the Golden Drum of Saint Sebastian.

Pilar Albarracín, from Seville, is one of the most controversial contemporary artists in our national panorama. The Andalusian made her first exhibition in 1997, followed by a variety of exhibitions in the most important museums worldwide, such as the MoMA in New York, the stanbul Modern Sanat Müzesi, Istanbul; the National Center for Contemporary Arts, Moscow or the Kiasma Museum, Helsinki.

One of the characteristics of Pilar Albarracín’s work is that she always plays between two waters; criticism and irony. Just as his works revolve around the cultural construction of the Spanish identity, especially centered on the Andalusian woman, paving folklore and gender discourse.

Marina Abramovíc has been described as the pioneer of international performance art, it is one of the great names in the international contemporary art scene. Through his work she wants to deal with topics such as the relationship between the artist and the viewer, as well as the corporal limitations and the possibilities that our mind holds.

In 2010 MoMA hosted a retrospective of her work that included the most extensive performance presentation by the artist. Abramović remained motionless for 736 hours and 30 minutes sitting in the atrium of the museum, and the spectators were invited to sit in turn in front of her, to share the presence of the artist.

The artist Shirin Neshat, is recognized worldwide for her work. It is not limited to paintings, but also covers photography and video. Her work captures the cultural, religious and political circumstances that make up the identity of Muslim women, as well as talk about the contrast between the East and the West.

In 2010 she was named Artist of the Decade by Huffington Post critic G. Roger Denson. As well as received multiple awards in previous years.

Yayoi Kusama is a Japanese artist, one of the most important contemporary artists. Her works are recognized throughout the world for its main characteristic: polka dots and repetitions. It is not limited to a single medium, but it captures his work both in performances and installations.

Working in the art world for seven decades, Yayoi is known as the forerunner of the minimalist and feminist art movement.