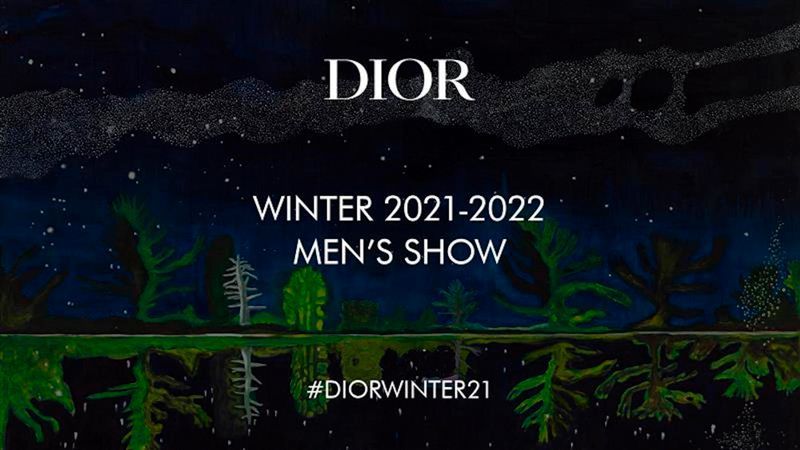 “A dialogue between art and garments” The new Dior menswear collection is a great example that art and fashion are in constant dialogue, on this occasion they are committed to a very similar method of direct work with the artist, in different scale, to our brand.

Kim Jones is the creative designer of Dior menswear, we give you some brushstrokes so that you know him.

Born in London in 1979, Kim Jones is a fashion designer at the helm of Dior’s men’s line and creative director of Fendi women’s collections.

He spent his childhood traveling the world due to his father’s profession and these trips marked his character and his taste for the mixture of cultures. He studied at Saint Martins and with his designs caught the attention of John Galliano, who bought part of his graduation collection. In 2011 he signed as creative director of the Louis Vuitton men’s firm, in 2018 he left Vuitton to take care of Dior, in 2020 he signed as creative director of Fendi’s women’s line (which he combines with working for Dior). One of his main characteristics as a designer is his multiple collaborations with artists.

Peter Doig is the artist with whom Kim Jones has collaborated on this occasion, he is one of the most important contemporary artists internationally.

He returned to Trinidad in the 2000s, to take up an artist residency with his friend and fellow painter Chris Ofili. In 2002, Doig moved back to the island, where he set up a studio at the Caribbean Contemporary Arts Center near Port of Spain. He also became a professor at the Academy of Fine Arts in Düsseldorf, Germany.

Many of Doig’s paintings are landscapes, somewhat abstract, and some date back to snowy scenes from his childhood in Canada. For his figurative work, he draws inspiration from photographs, newspaper clippings, movie scenes, record covers, and the work of earlier artists such as Edvard Munch. His landscapes formally and conceptually overlap, and are based on a variety of historical art artists, including Munch, H. C. Westermann, Friedrich, Monet, and Klimt. While his works are often based on found photographs (and sometimes his own), they are not painted in a photorealistic style, he uses the photographs simply for reference. He expresses his wish that his work go in an increasingly abstract line.

At the last Paris fashion week menswear, Dior presented his pet a porter proposal for the winter 21/22 collection on January 22nd. Designed by brand creative director Kim Jones, this collection is a continuation of the previous Fall 21 collection released in December.

Kim Jones designs this collection based on revisiting classics, inspired by masculine extravagance. The collection is a fusion between tradition and contemporaneity.

The designer decided once again to have the collaboration of the art world, this time with the Scottish painter Pete Doig, one of the most important and highly valued artists of today.

“Couture is itself a ceremony” “The ceremony of the everyday” they declare to explain the reason why they look at male ceremonial costumes. “Christian Dior himself described as ‘ceremonial’ the entry of his models for each of his ‘New Look'”. And if “Christian Dior then translated dreams into reality”, they point out, “today Kim Jones does the same by translating Peter Doig’s work into fashion”.

The collection connects the past with the contemporary through art, the flamboyant and tradition.

Doig designed the catwalk through which the scenography models paraded that becomes a work of art, in this installation in which the blues are a clear reference to the skies of his works and the volumes stacked in the form of sound equipment as allusions to works like his “Speaker / Girl” from 2015.

He also took care of the motifs for the collection, working closely with the designers involving him in the design process.