Today is Women’s Day and that is why we want to bring you closer to different art exhibitions that you will be able to see in Madrid in the coming weeks. Each of them has something special for this important day of celebration of women’s rights. Among them you will find artists who made history in a field that was mostly dominated by men, who question the social canons and culturally imposed norms.

Life and work of Frida Kahlo:

At Teatro Instante you can find a wonderful exhibition entirely dedicated to Frida Kahlo. It is a multi-sensorial staging, where creativity and technology come together to vindicate the symbolic and factual importance of this great character as a historical figure, as a woman and as a painter.

Frida is not only considered a great artist because of her talent, but also because she was and still is a character who played a fundamental role in the history and conception of women in society. Breaking stereotypes through her works and fighting for her rights in the political sphere, she has become a true icon for women who fight for gender equality.

“Women, a century of change” by National Geographic

An exhibition in the COAM space produced by National Geographic which includes some 60 photographs that show the role of women over more than a century. Different women who have inspired with their courage, with their moving and inspiring stories, who have defied limits and have been able to open new paths outside the norms of society. An exhibition that, together with all these photographs and great characters, commemorates the evolution of women and their struggles throughout the world. Its journey invites us to explore all the challenges and triumphs that women have had throughout history and inspires us to understand that we can always aspire to greater equality and a fairer society. 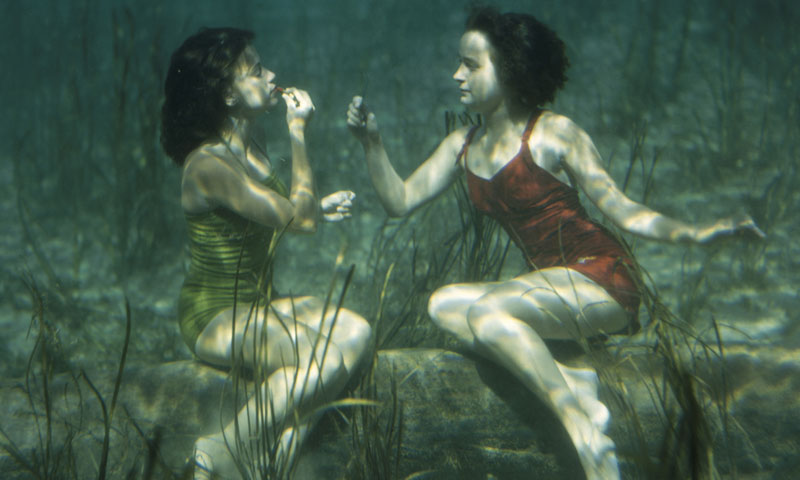 Marina Abramović is a Serbian artist considered a pioneer in the use of performance as a visual art form. The main aim of her works is to seek an emotional exchange between her works and her audience. In the artist’s own words: “The audience must take a historic step and become one with the object”.

On this occasion, she presents her exhibition “Portrait al Biography” at the “Bernal Espacio Galería” where, as the title of the show indicates, she exhibits a series of portraits in which the artist becomes the manifestation of the public’s experience, providing a mirror of her own experimentation, through liberation, consolation and self-exploration.

Her works have won numerous awards such as the Golden Lion, XLVII Venice Biennale, 1997; Niedersächsischer Kunstpreis, 2003; New York Dance and Performance Award (The Bessies), among others. He is undoubtedly one of the great names on the international contemporary art scene.

In the Andrea D’Odorico Space of the Teatro Español we can find the photographic exhibition “Colita Flamenco. El viaje sin fin” dedicated to the work of Isabel Steva Hernández (a photographer from Barcelona known as Colita). The exhibition captures, over several decades, unrepeatable moments of great figures in the world of flamenco and the path travelled by the artist where these characters and countless situations led her to enter this immense universe full of sensations, authenticity and incredible strength. The journey of a woman who will take us on a personal journey through a unique time.

The artist, specialized in portraiture, dedicated to photography, journalism and culture, has always worked for her ideals, becoming part of the progressive artists’ movement “Gauche Divine” that spread through Barcelona at the end of the 1960s.

The Argentinean Artist Ad Minoliti, in her exhibition “Furry Tales”, uses space to invent a fictitious world where she reorganizes and reinterprets the popular tale of Little Red Riding Hood. An immersive installation in which the symbolic strategies used culturally to assign us an identity within a binary system are questioned. Each of her works manages to question gender stereotypes, redefining the limits of political art where abstraction and geometry are tools to show a utopian reality outside social canons.

Within the field of art, as in other areas of culture, women have struggled for many years (and on many occasions continue to do so) to redefine their place, fighting against established paradigms.

Many women (as well as men who did not comply with certain canons and hegemonic models) were made invisible and relegated by history and that is why, from Arena Martínez, we want to take advantage of this communication space and this commemorative day to let you know about these exhibitions and artists that somehow invite us to vindicate and rethink the historical cultural structures.

If you have come this far and still don’t know about us and our work, we want to tell you that we are a Spanish brand that aims to create a platform of visibility for local artists. We leave aside the concept of appropriation of art to give it a greater accessibility, taking it to other dimensions, to our bodies, to our skin,

Each collection we make is inspired by a unique artist. We take the time to get to know each artist and their work, we go to their studio, we immerse ourselves in their work and try to understand all the essence and passion that goes into each of their pieces. We collaborate by selecting some of their works to finally transform them into garments to wear, allowing the art to move and be seen in the streets.