The impact of fashion in the cinematographic industry: House of Gucci There is a clear relationship between fashion and the cinematographic industry. Apart from great acting, there are other elements that create a blockbuster; having good actors that embody the characters is basic, but we cannot forget about the non-verbal communication. The gestures they make, the use of silences and music, scenography, and of course the costumes. 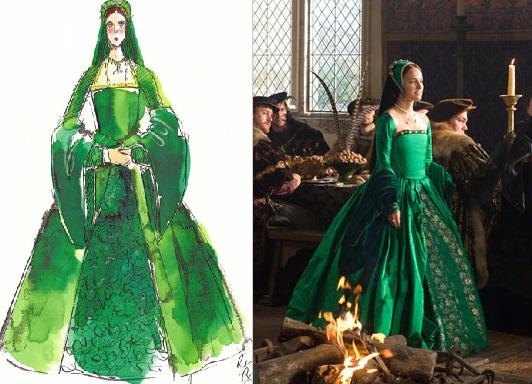 Many times, we have seen pieces of clothing that aren’t practical or that are historically inaccurate with the period of time in which the film is taking place. And that makes us feel out of syntony. From Arena Martínez we want to praise the costume design of one of the most expected films from last year: House of Gucci. It’s about the life of Maurizio Gucci, who was murdered by a killer hired by his ex-wife, Patrizia Reggiano Gucci.

Its costume designer, Janty Yates, has received several awards, including an Academy Award for Best Costume Design for the film Gladiator, apart from several nominations for BAFTA awards. They have focused on the clothing of the main character, Patrizia, interpreted by Lady Gaga. Yates and Gaga worked hand in hand to create nearly 70 full looks (clothes, jewelry and accessories) to fully show the personality and life of Patrizia. They got inspired by the classic style of the Italian actress Gina Lollobrigida, as well as the mother of Lady Gaga. 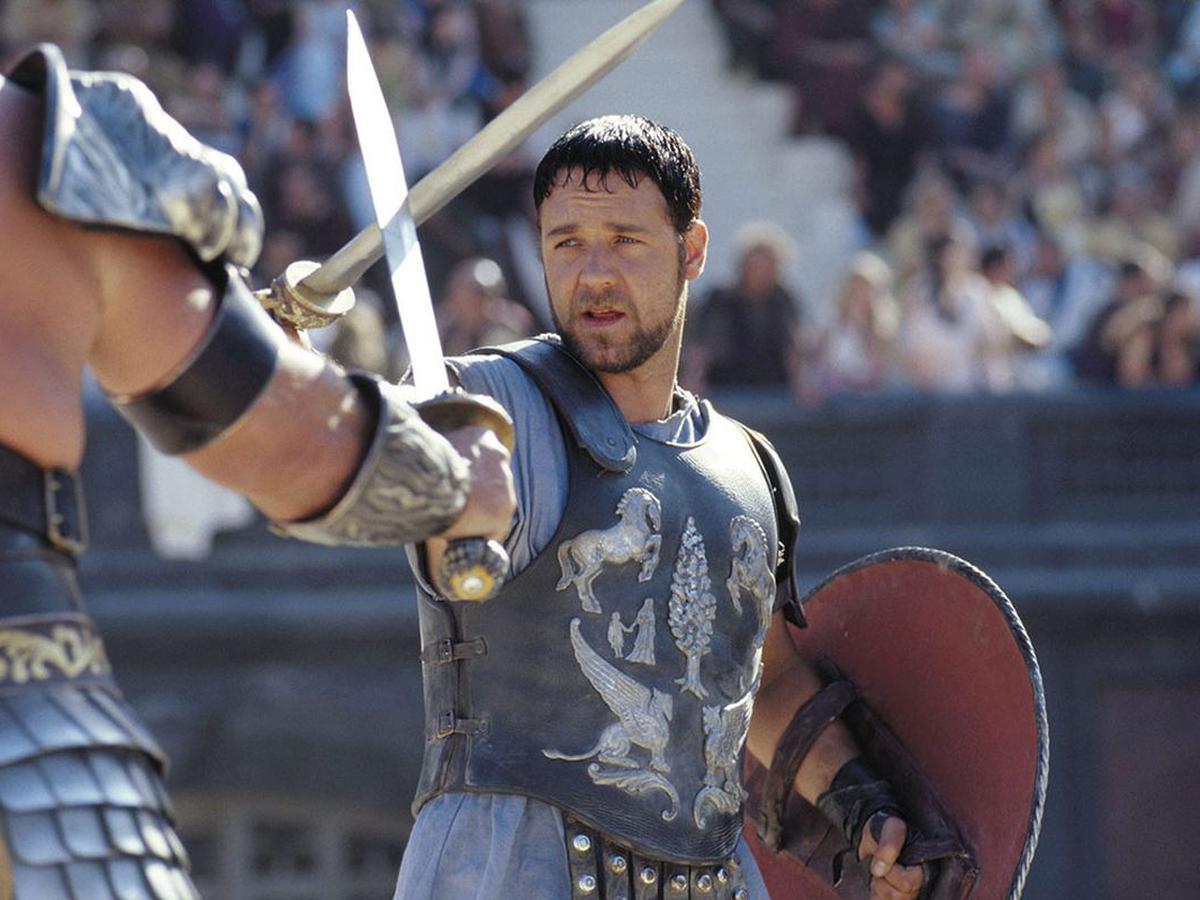 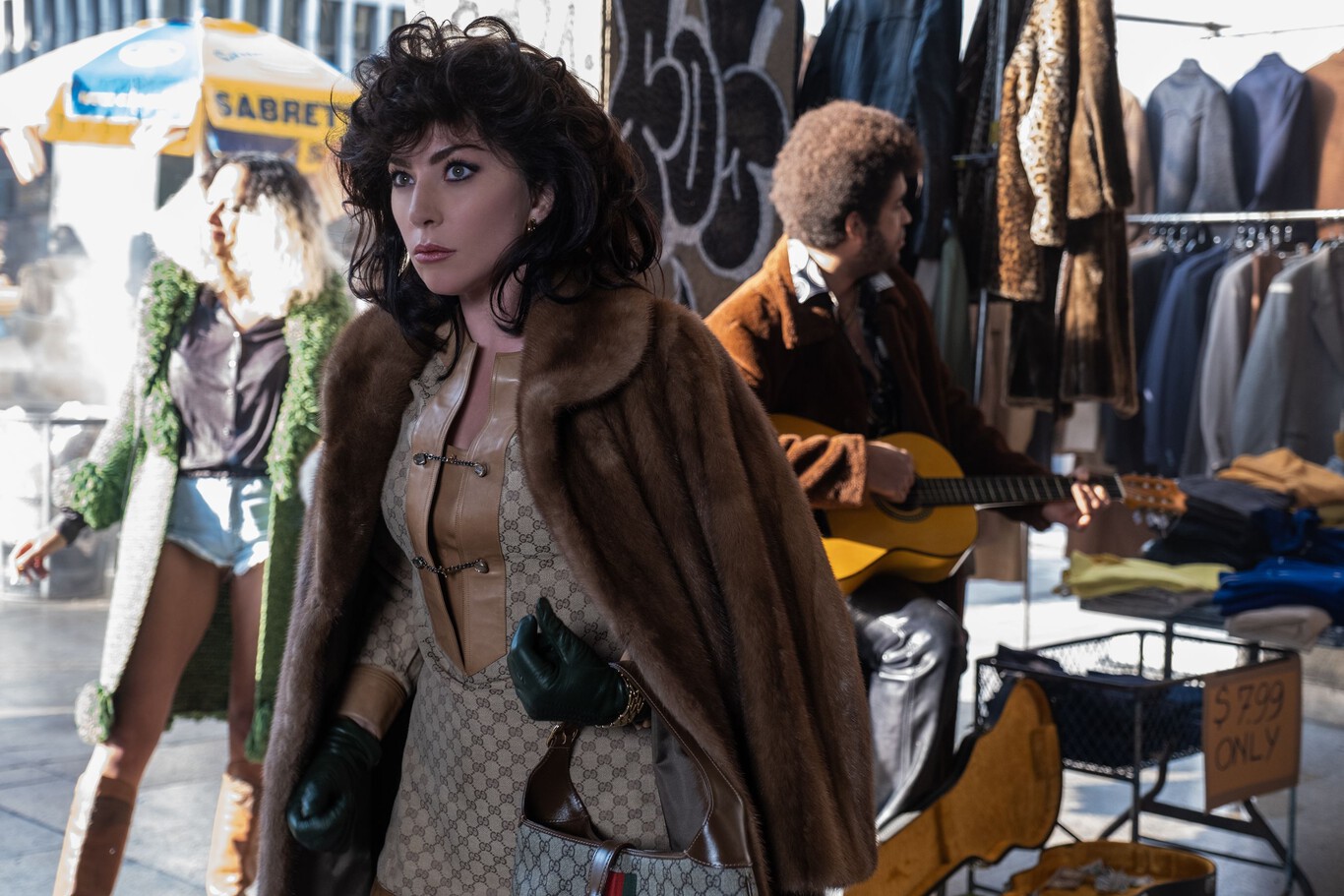 They designed pieces with a classic silhouette with a great emphasis on the waist to give some sensuality to the main character, with original works based on the clothing that Patrizia used to wear, other works from Gaga’s private collection, as well as a couple of pieces of Gucci’s collection. They used a lot of simple garments, with the intention of adding accessories such as belts, scarves, and brooches to emphasize the extravagant side of Patrizia.

We can see that, as the film progresses, her style is more elegant and fitted, which results in her feeling more confident. In Arena Martínez we love people who feel empowered and bold, and proof of that are our designs with unique patterns, that make anyone who wears them feel special. 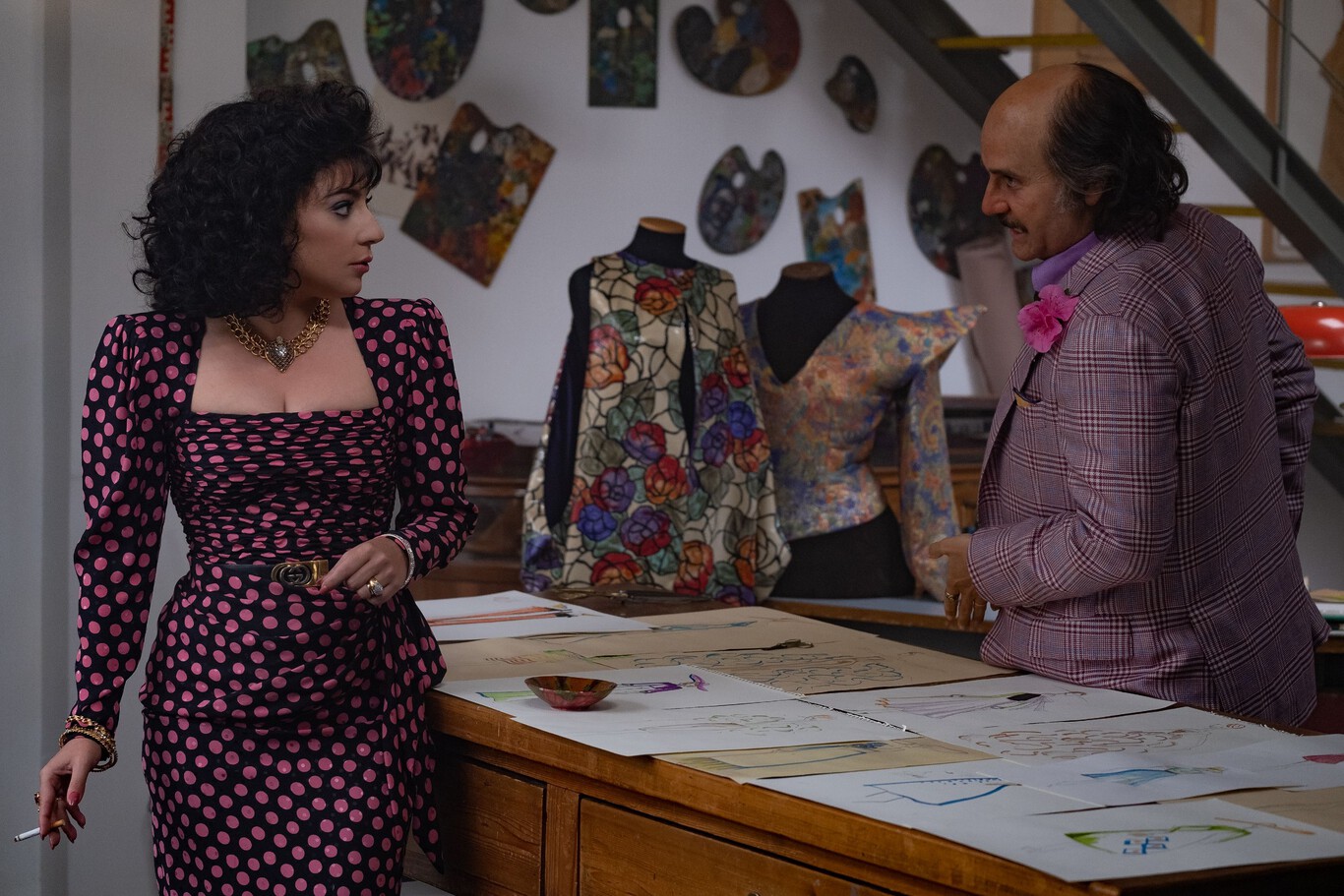 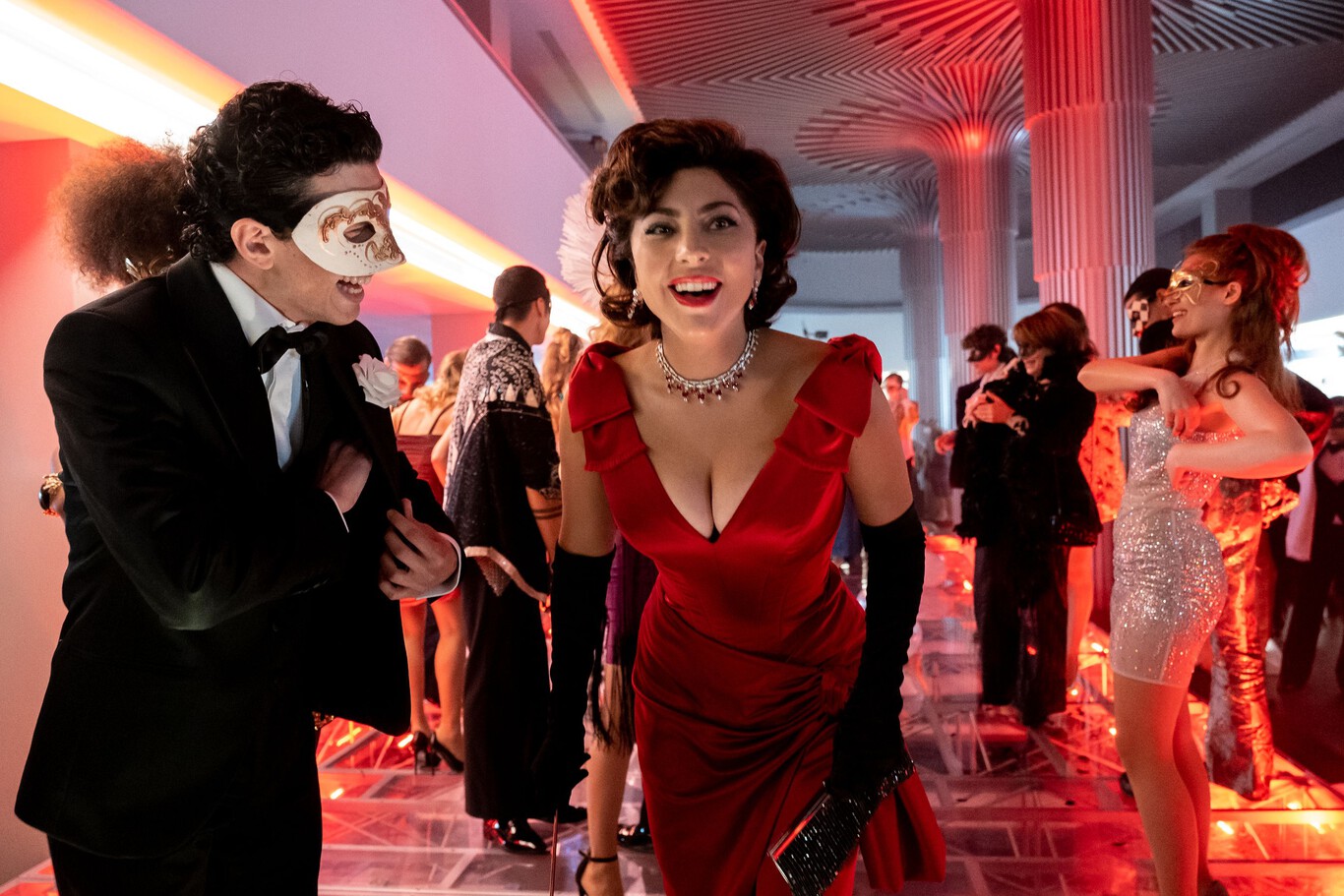 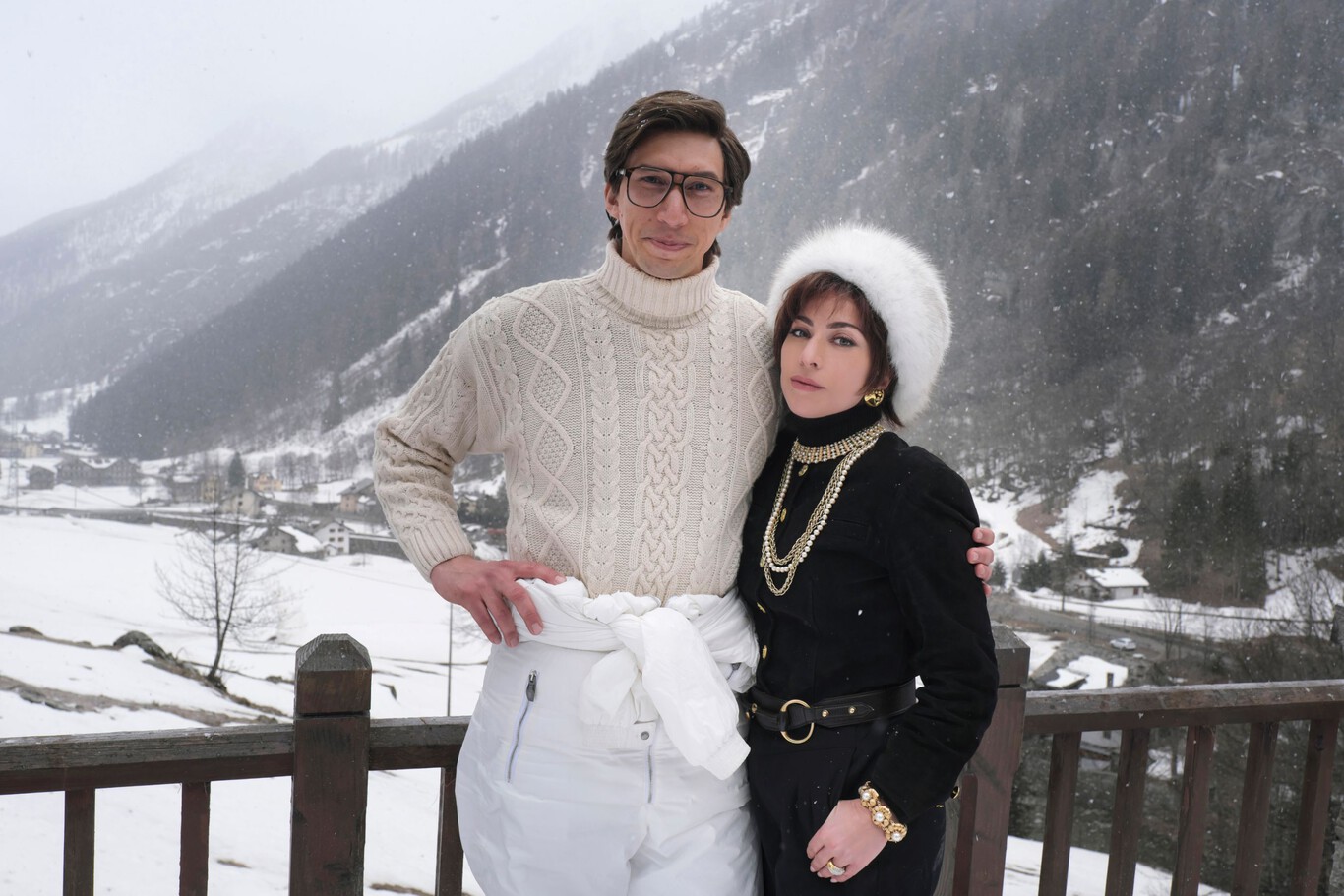 As you can see, fashion plays a vital role in the development of films, but this relationship goes both ways. The premiere of House of Gucci translated into an enormous increase in the search of garments from the brand. According to lovethesales.com, an online e-commerce tracker, the search of Gucci handbags raised 257%, meanwhile the search of Gucci clothing increased by 57%. This occurred mainly in countries such as the United States, England, Italy or Hong Kong. Fashion is fed by the most varied disciplines and artistic entities. Just as we see in this case the relationship between fashion and cinema, at Arena Martínez we propose its fusion with art. Our brand starts from the philosophy of taking art to other spheres, to the streets, to our bodies, to our skin. This allows us to create our collections with different artists, resulting in unique and very special garments, where the art and all the history that each work has behind are captured in pieces of art to wear. One of our latest collections is made in collaboration with the contemporary artist Papartus. A collection inspired by the reinterpretation of his works, in nature, blooming and the vibrant colors that spring gives us.