Once again, fashion week was held in one of the most fashionable capitals, where creativity, color and the staging that designers have displayed is showing that fashion is gradually recovering normality (or at least is adapting with new resources to the current context).

We have selected some of the most iconic shows of this edition:

A collection highlighted by its sublime minimalist aesthetic with minimal color contributions working as tension points in accessories and details.

Resignifying and adopting techniques used in linens, served as a deconstruction resource in coats and dresses. As well as the use of transparencies and patterns that transport us to a world of dreams, diffuse and ethereal.

Accessories were a key point  of attention in the looks due to the colorimetry used to contrast  the neutral colors of the garments.

The most iconic bags of the brand have been reinvented this season with the use of new materials and techniques such as wicker weaving made from willow branches.

Jeremy Scott has taken virtual fashion to a higher level, thus becoming a great show. A true innovation from the staging and presentation of the proposals, far from any previous concept that we had about it.

Moschino’s creative director dressed up puppets made by Creature Shop and looked them like real models. And as if this were not enough, he also made the entire audience in miniature version, including great characters in the fashion world such as Anna Wintour and Anna Dello Russo. 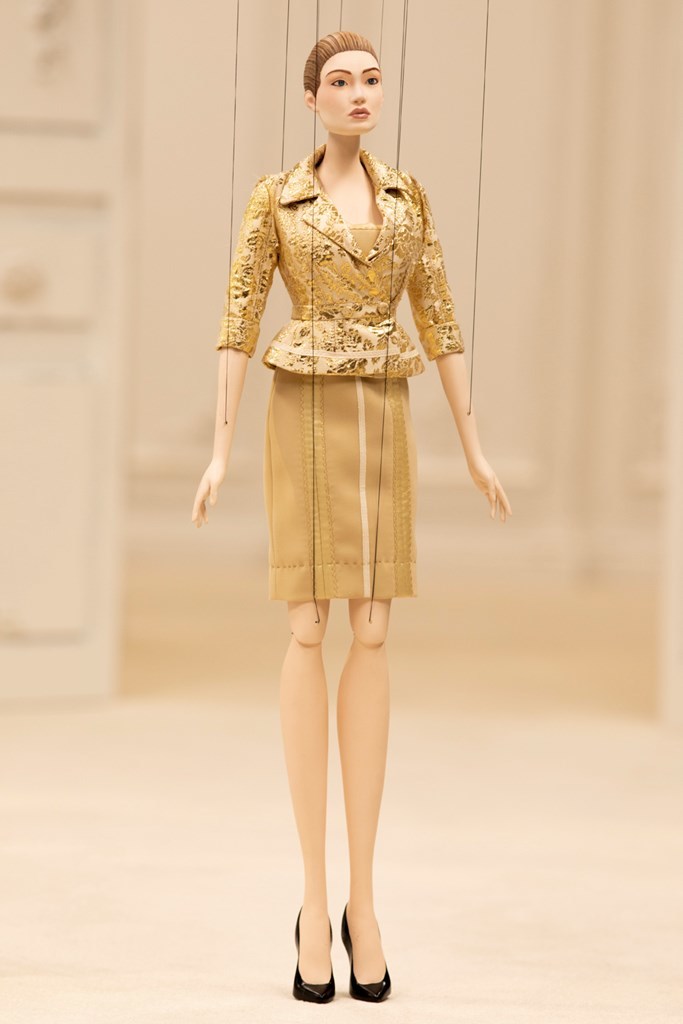 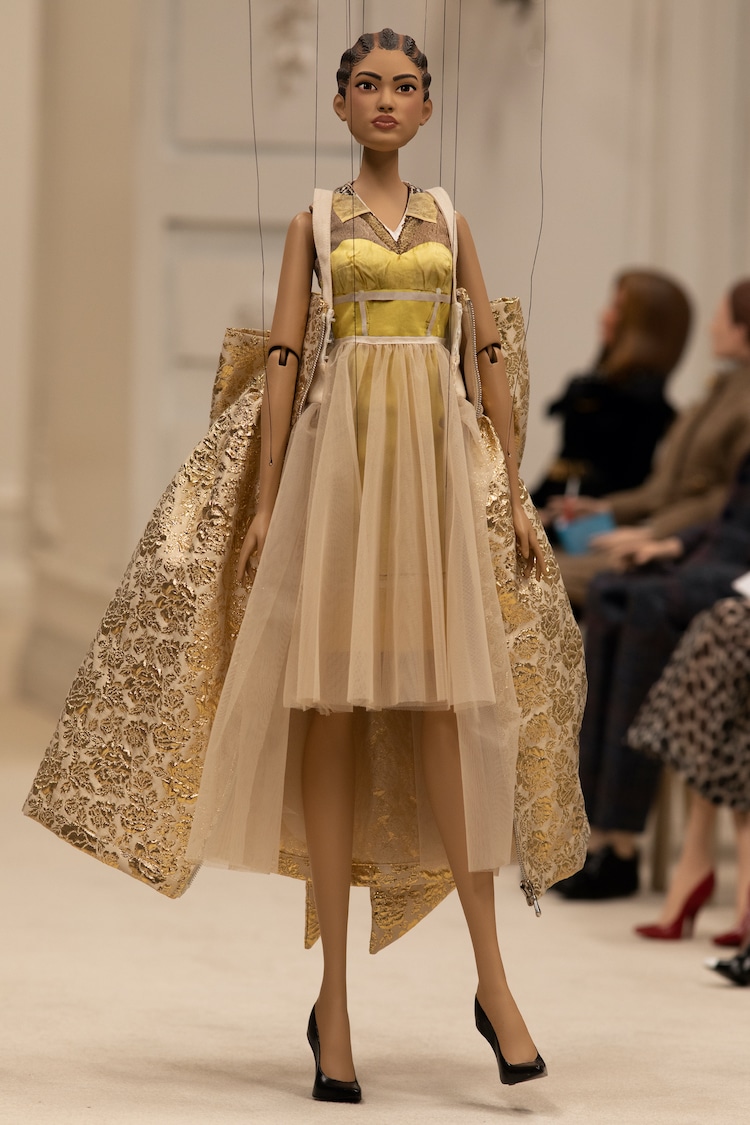 Dresses were first made in real size and then in the miniature version, which included all the finishing details and styling. Characterized by a romantic style of the past, with resources of draping, ruffles and contemporary corsetry. 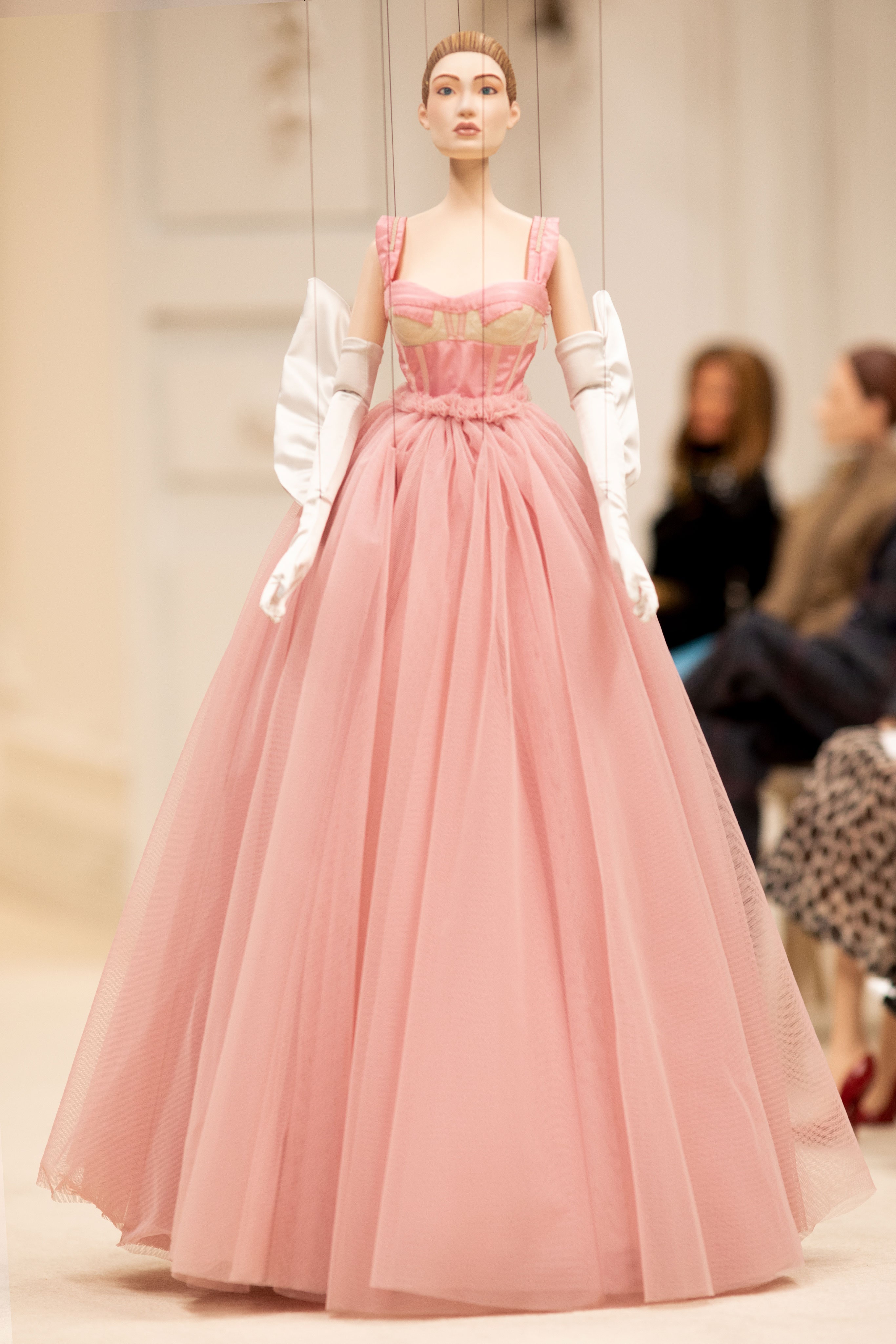 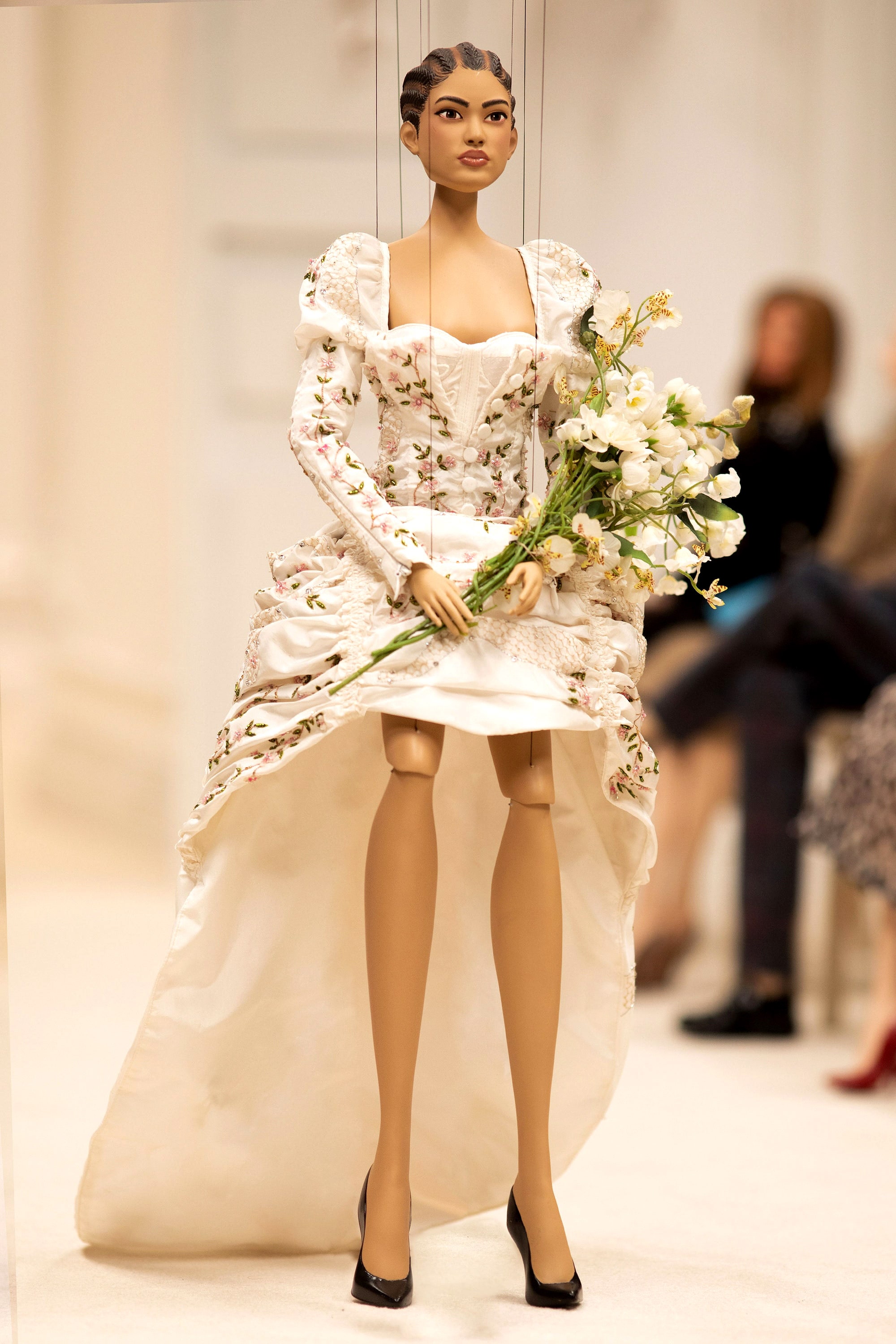 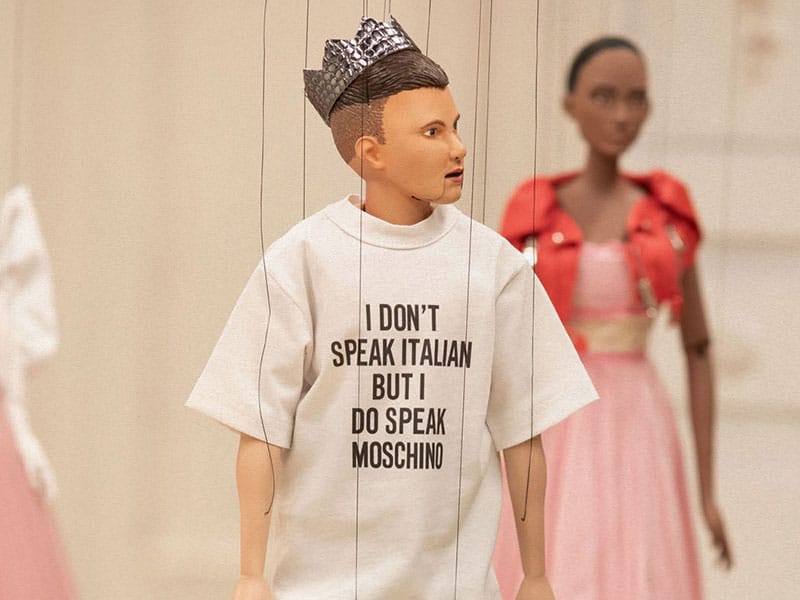 And one of the most anticipated shows has been the one of Prada, with Raf Simons doing his debut with Miuccia Prada. An alliance and fusion of styles that definitely lived up to expectations. 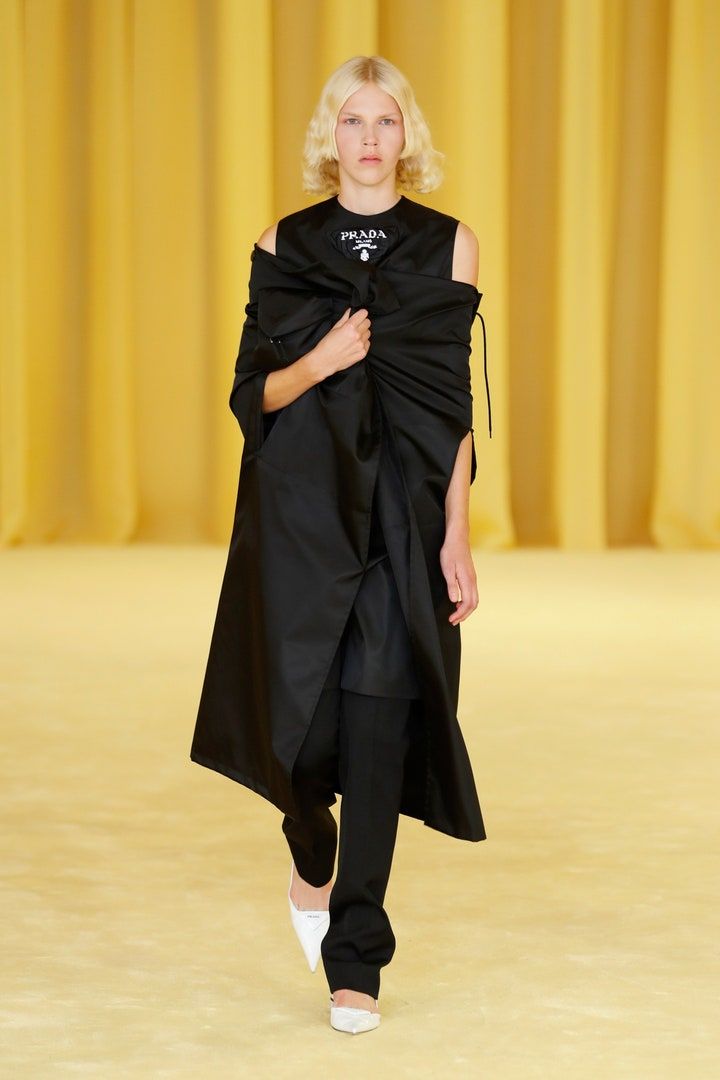 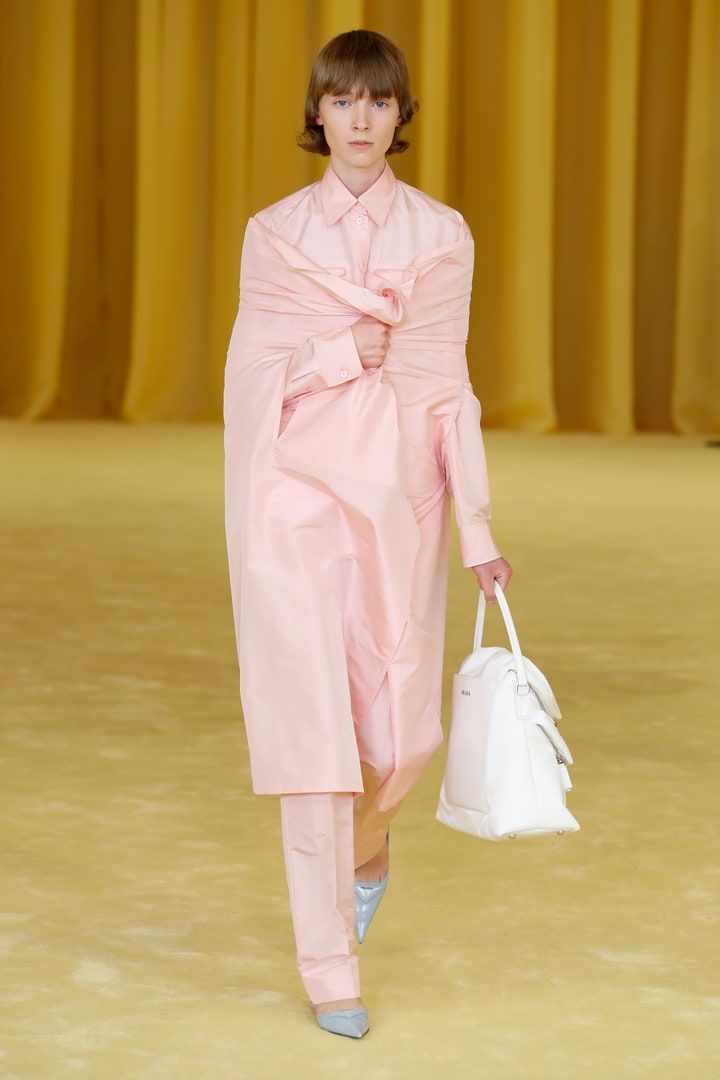 Straight and wide silhouettes, characterized by exaggerated volumes in some cases, and without a doubt, the use of a very particular gesture by the models: closing the coat or top garment with the right hand. 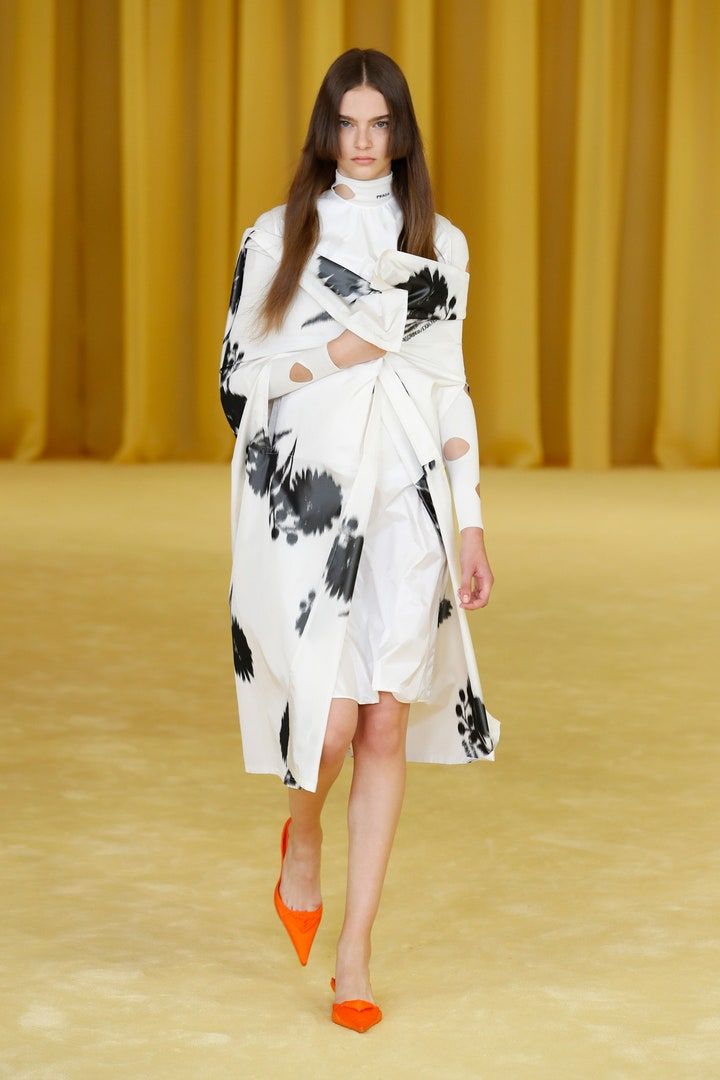 The proposals were accompanied by classic pumps with pointed toe in different solid colors, working as a point of chromatic tension.

Using resources such as prints, satin fabrics and color schemes, the Etro collection rescues the existing cultural beauty despite the current context of a pandemic.

The knitted fabric with a sailor style and wide-cut bermuda shorts were the keys to the presentation, transporting ourselves for a few moments to a beach on the Italian coast.

Accessories were an essential part of the show. Among them, belts with worn hardware, bucket hats, heels and sandals tied to the ankles, details that completed each proposal at their best.

On this occasion (and once again) the luxury brand has been inspired by the Italian tradition. Taking the classic Sicilian buildings as a starting point, the firm has presented its collection with hypercolourist prints of great impact.

The patchwork, as well as the use of lace, fabrics with prints and rhinestones have been the most important resources used in this proposal: resulting in a fusion between maximalism, exclusivity, ostentation and the resignification of Italian traditions (iconic design media and frequently used by the brand). 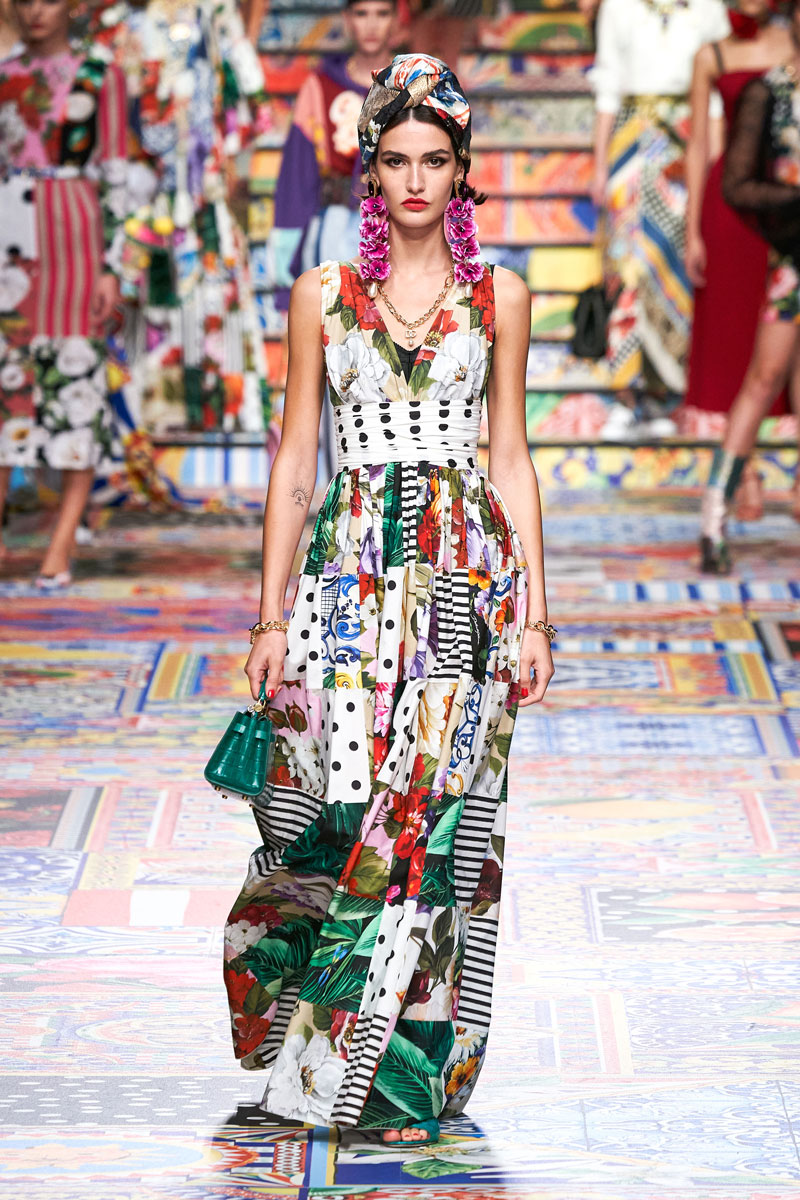 On this occasion, remnants of fabrics from past seasons were used in order to reduce the environmental impact of their presentation. A resource on the rise in the current context and used by various designers.

And so we end with this brief review of what have been the long-awaited Fashion Week the iconic city of Milan. An edition that has surprised us due to its incredible adaptation to circumstances, where we have been able to appreciate the diversity of styles and the proposals of each one of the great designers who have been part of one of the most important events in the fashion industry.