The history of fashion shows Fashion, that lady who struts in high heels in front of an audience desirous of luxury, eccentricities and laughable prices, today staggers more than ever, and not in a sensual way in the best style of Patt Cleveland, that mythical model of the 70’s and 80’s. Impossible to sustain calendars, winter collections hung in the middle of summer on hangers to encourage shopping, unfriendly materials with the environment and a rhythm that we sometimes lose track of. Parades like recitals and colossal budgets. Perhaps we are facing a new era within the discipline that has been allowed the most frivolity in the world?

Through our blog, today we want to review some of the most iconic fashion shows in the world of fashion, to remember those milestones that once made us dream of a glamor that has already disappeared.

Since ancient times, fashion, as we know it today, did not exist. Both tailors and dressmakers were available to the client, who demanded garments, colors and textiles from these masters of the trade. However, Charles Frederick Worth (1825 – 1895), considered the father of haute couture, was the one who created a first collection based on his aesthetic criteria.

This change brought with it the way of presenting them: upon invitation from its best clients, it showed its collections on the move in salons. The models were not known as such, they were the same vendors or assistants, and they were called sosies.

Years later, with the arrival of Paul Poiret (1879 – 1944) the catwalks appear, not with the demands of today, but with the same operation: people who display the garments so that later the buyers make them their own. Poiret was the first designer to present a collection exclusively for the press in the summer of 1910.

The Lucile firm had an exclusive room to present its collections to the most select clients. At this time the models had exotic names, the stages had specialized lights and the poses were usually more thought to favor the garment.

By the 20s the parades were already more respected and became a social event. Two great designers of that time had strategies to sell more: Jean Paquin dressed their models and made them walk through the Longchamp horse races and Coco Chanel posed their models with a determined posture: shoulders dropped, foot forward, one hand in his pocket and the other gesturing, and finally his hips forward.

The golden age of haute couture

In 1968, the Enfant terrible of fashion, Yves Saint Laurent, announced that sewing was giving its last drowning slaps. A great visionary, once again, he was right since the following year, one of the most influential fashion designers in the world of fashion, Cristóbal Balenciaga, closed his sewing house.

The designer from Guetaria used to be very reserved with his personal life, even with his fashion shows: he organized private passes for his clients and buyers in his salon, the latter were going to buy the clothes and then reproduce them for the department stores of the time.

Another of the great names in sewing was Christian Dior. Unknown until 1947 revolutionized fashion with the New Look. Their parades were characterized by being very silent and without music.

The models were advertised and explained the set before their departure and used to be divided into six chapters: jackets, suits, coats, evening, cocktail and evening suits. Everyone used to end the most important pass: the wedding dress of the season. 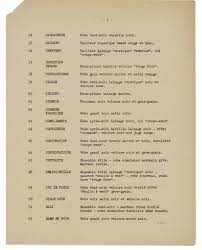 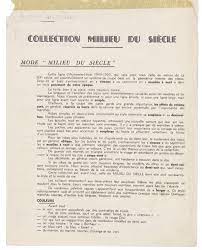 The French Fashion Invasion: The Japanese Are Coming

In the 1980s the appearance of two designers revolutionized – and dyed black – the Parisian catwalks and magazines: Rea Kawakubo and Yohji Yamamoto, who were a couple at the time.

The proposals for the catwalks were so shocking that the title of Libération, the newspaper of French intellectuals, stated: “The fashion they propose for the next twenty years is much more convincing than that presented by Courrèges and Pierre Cardin in 1960 for the year 2000 and that today has been so overcome ”.

His catwalks consisted of frayed, much black –even up to variations of this– dark makeup and being radical as a base. “With me women don’t need long hair or big breasts to feel feminine” in Kawakubo’s words. He used to hide the female body under several layers of tissue.

Her geometric dresses denied the traditional fashion: they did not try to favor the figure or pretend to be attractive. Always contradictory, as soon as black was establishing itself as the color of the Japanese, a full-color catwalk rises on the catwalk in 1994.

Even the previous year he presented a parade without music, the attention should be on the clothes.

Starting in the 80s, the catwalks were completely revolutionized. In 1993, Chalayan consecrates himself in his collection of the fashion master that he did in Saint Martins, burying the dresses for months in the garden of his house, to investigate the resistance of the material.

In 1989, Martin Margiela, who bases his career on deconstruction, presents tattoo t-shirts, wire tops and porcelain pieces. Following his conceptual line, he presented his collections in the plural: they were conceived by a team of professionals, not by a designer.

This is how he adds milestones to his career: models with their faces covered, hooded, fighting against the current of supermodels and super designers. His catwalks used to be as unusual as his concepts: the first was in an old theater, the second in a nightclub, followed by a playground, a dilapidated old warehouse or the one that gave way to his 1992 collection: an abandoned Paris metro station lit by the candor of candles.

Another of the great names – always associated with the controversy – is that of McQueen, who in 1995, to close his parade and greet the press, decided to do it in a way that can even be considered childish: he dropped his pants showing his contempt for the press gathered there.

Also legendary is his show in which he projected his muse, Kate Moss through a hologram.

He has even ventured into robots: in 1999, two large robots sprayed paint on a model, a performance worth seeing.

Our next and last designer defines the tradition of presenting five annual collections as a commercial hell. Azzedine Alaïa, the little Tunisian who has dressed from Graces Jones to Carla Bruni, is another of the designers who have marked the history of fashion through his fashion shows in which he worked with lycra, soft artisan leather and viscose, a material that was almost forgotten.

The parades have evolved throughout history, with ups and downs. They have ceased to be intimate to be select and then completely massive, although always with that air of exclusivity that characterizes them. Even when we watch streaming shows, we do not feel part of them: the physical component does not compare with the virtual one.

For several years now, attempts have been made to implement the most technologically innovative shows: Viktor and Rolf in 2009 presented a collection with only one model and no audience, you could see the show online. Nowadays, Streaming is a must for a catwalk to be successful.

Taking into account the current context, where Saint Laurent has already announced that it will not be part of the official calendar, Armani held a closed-door parade due to the Coronavirus pandemic that we are suffering. Are we facing the end of the parades as we knew them? Would a world without physical catwalks be possible where what really matters is who attends and not the clothes?